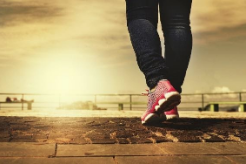 In a paper published in the Journal of Internal Medicine, researchers report that people who are physically active have a significantly reduced risk of becoming cognitively impaired. 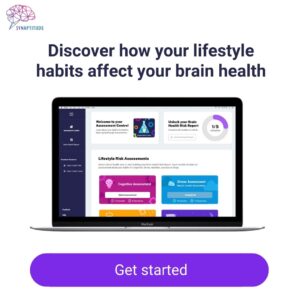 Try Synaptitude’s Lifestyle Assessment Today to get a free Brain Health Report. Find out how you compare to your peers across five brain health pillars; Exercise, Sleep, Nutrition, Stress and Cognition.

Researchers performed statistical analyses on the data extracted from these fifteen published research studies to examine whether physical activity levels in study participants affected their risk of becoming cognitively impaired. Data from over 33,000 people who did not have dementia at study baseline were included in the analysis.

Over 3000 participants went on to develop cognitive impairments over the course of the reported follow up periods.

The effects of physical activity on cognitive performance

Differences between women and men

RELEVANCE OF THE STUDY

The benefits of physical activity on various aspects of health have been well studied. There is evidence in the scientific literature that exercise decreases the risk of developing high blood pressure, diabetes, cardiovascular disease, some types of cancer, and decreases the risk of becoming obese.

The results reported in this paper address a gap in the literature because the association between physical activity and cognitive ability has not been well-studied, and the studies that do exist have reported results that are not consistent. A previous report in the scientific literature with a study design similar to the present study design (analysis of data published in various scientific journal articles) has provided evidence that physical activity decreases the risk of developing Alzheimer’s disease and dementia. This study is the first of its kind – it analyzes data from several independent scientific research articles that examine the effects of physical activity on cognitive decline.

Healthy Heart, Healthy Mind – The Science Behind Exercise and Brain Health for Seniors

Embracing older age? Trying new things (and yes, sometimes even being a little silly) can support your brain health

Brain Plasticity and Adapting: The Secrets to Healthy Brain Aging according to Science

Aging Brilliantly: The Amazing Age-Defying Brain Behaviours of Seniors in Their Prime